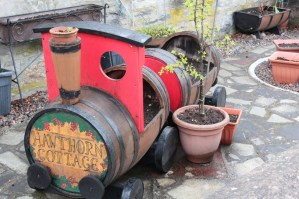 The final third of our trip is a visit to Speyside, an area of Scotland that is known for its whisky distilleries. Some of the best-known single malt makers are located in the Speyside region, including the Macallan, the Glenfiddich, and the Balvenie distilleries.

Since Eugene is a whisky drinker, Speyside was on our must-visit list almost from the beginning. Once we decided to spend a few days there, we wondered whether we should rent a car. But that would be problematic for a whisky-drinking trip, and instead we found Roy Mathers, a local Speysider who organizes tours for visitors and can be hired to drive you around. Before we left Colorado, Roy helped us put together a tentative itinerary, and gave us all sorts of advice regarding where to stay, how to get there, and so forth. We even chatted over Skype a couple of times to assist in setting things up. On Roy’s recommendation, we booked a room at The Highlander Inn in Craigellachie.

So, the only tricky bit once we finished our Great Glen walk in Inverness was figuring out how to get from there to Craigellachie by public transit. The simple answer: taxi to train station. Train to Elgin. Taxi to bus station. Bus to Craigellachie. Walk to hotel.

The complication: How does one pronounce Craigellachie? (Because it’s much easier to get a bus ticket to a place when you know how to say the name.) It’s funny. I’ve taken public transit in places where I don’t speak more than a few words of the local language and been less anxious than I was attempting to explain to the friendly Scotts who asked where we were headed that our next stop was Craig-el-a-chee.

See? Difficult. One taxi driver insisted that the locals pronounce it Cray-gah-LAY-key. Only I think that he was pulling our legs, because that pronunciation totally didn’t work when we tried to buy our bus tickets.

When we asked Roy the next day, he gave us the correct pronunciation. Which I still don’t quite have down, because it includes one of those throat-sounds that I can’t really even hear, let alone get out myself. (It’s like the Russian Ь, or мягкий знак, which even after two years in Ukraine I was never able to get out correctly. Caused some confusion once when I told my host mom I need to buy salt, and she was all, “Are you trying to say sun?” and for some reason could NOT understand that I was trying to say соль but could only get out сол.)

Anyway, the pronunciation that (eventually) “stuck” is:

In any case, we did get there eventually–much more easily than the level of anxiety that the whole pronunciation thing awoke in me. We arrived early enough in the day to walk around the town a bit. 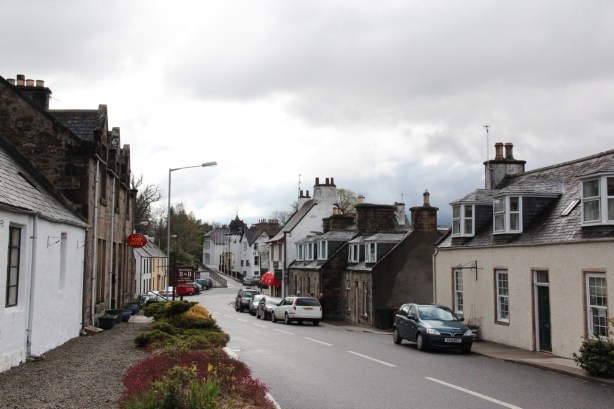 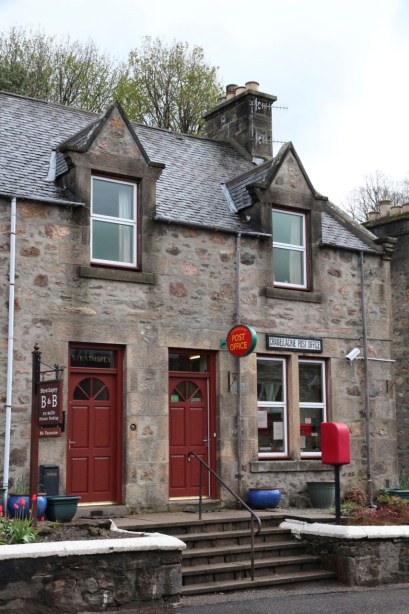 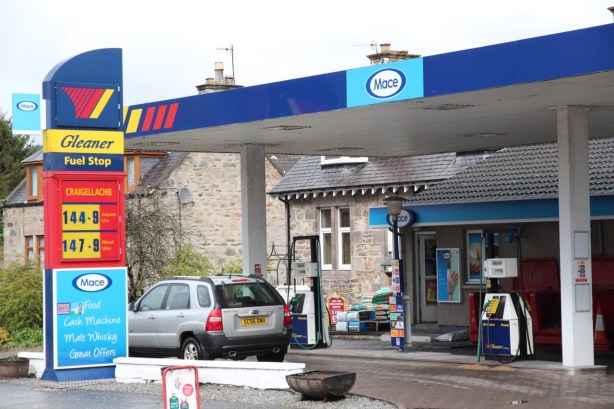 Check out the sign at this little gas station. You can get malt whisky! 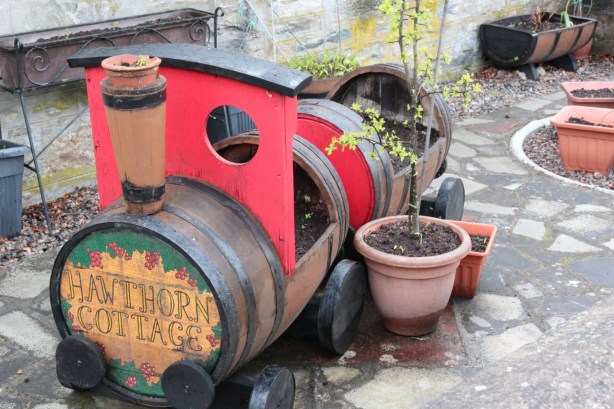 We saw quite a few of these garden decorations/planters made of old casks and thought they were pretty awesome.

We also visited the Speyside Cooperage, which was very cool, but I’ll save that for a separate post. What I do want to mention here is that our hotel, the Highlander Inn, has an excellent whisky bar, with lots of things we’d never even heard of, and small bottlings that are very rare. They also have a nice selection of whisky tasting menus, which we decided to take advantage of our first night there.

I had trouble getting a decent picture with my phone and the low light, but this is the tasting menu we chose.

We’d tried the Dalwhinnie already–it was part of our gas station tasting purchase in Fort Augustus–so we asked the bartender if she could substitute something else. She was nice enough to bring us a 16-year-old Dailuaine from the Flora & Fauna series, mentioned at the bottom of this page. (We really liked the Dailuaine. Supper yummy.) 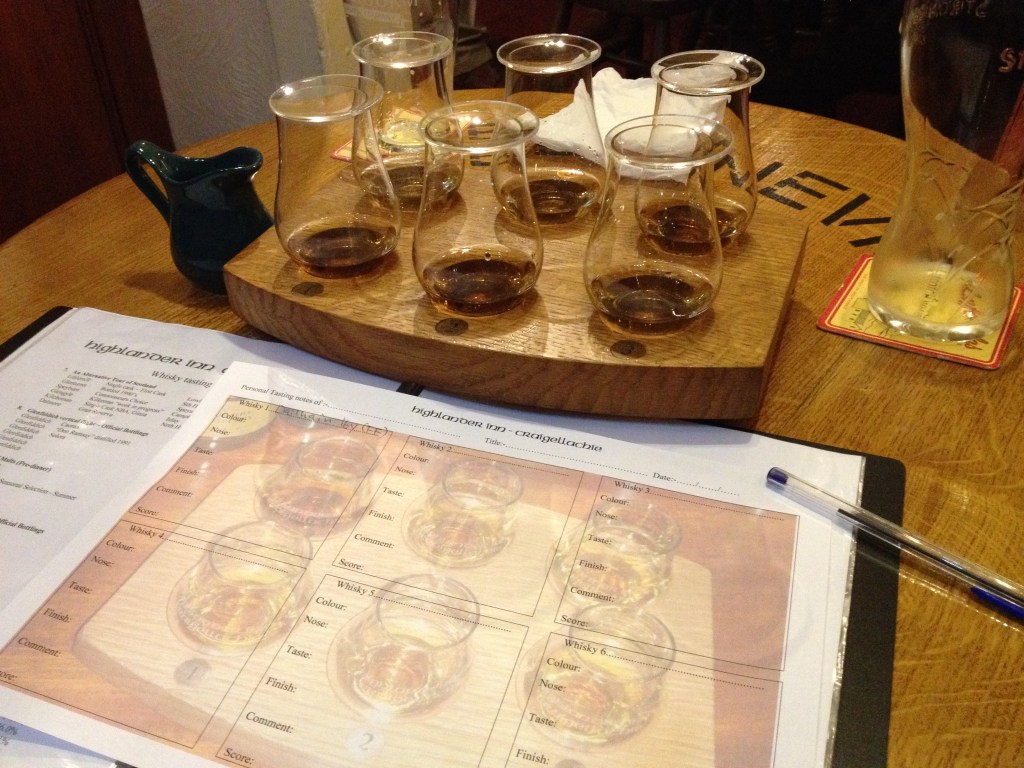 See how pretty! They give us a little sheet of paper to record our “tasting notes”. (Our tasting notes were kind of pathetic. We had nothing to say other than “Yum!” or “Eh.”)