Itinerary changes, on the fly 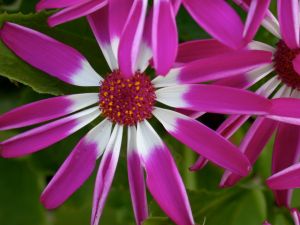 One decision Steve and I made early on was to leave the second half of our trip unbooked. This would give us the flexibility to change our itinerary, stop places other travelers told us about, or spend more time in a place that we really liked. So we only pre-booked the early segments of the trip, those with fewer trains and so a greater likelihood of selling out.

As of Listvyanka, we had no further train tickets, and no hotel reservations. (I type this now in our hotel in Listvyanka, the final stop we booked prior to our departure.) So one of the first things we did when we arrived in Irkutsk was take a look at train schedules and plan for our next segment.

After discussing it and examining our options, we decided we wanted a little bit more time in Irkutsk (a beautiful city). We also discovered that getting from our next planned stop, Perm, to Kazan–a city high on my list to see–was going to be more trouble than we felt it was worth. So Perm was jettisoned, and we booked a speeding train direct from Irkutsk to Kazan. This will be our longest train segment; we get on the train at about 1:00 AM on the 21st (that would be tonight), and arrive in Kazan in mid-afternoon on the 23rd. That means two and a half days on the train, and one and a half nights.

Also, because we booked this last minute, we both have upper berths in our kupe. Hopefully our compartment mates are nice people! (And that they board with us in Irkutsk, so that we’re not waking them up in the middle of the night when we settle in.)

Buying the tickets was a fun process. (I say this with a slightly ironic use of the word “fun”.) Steve was certain that we could determine our itinerary (and see which trains had the best reviews and the most desirable seats) using online booking tools. Unfortunately when searching online we could not find any direct trains from Irkutsk to Kazan, and also had trouble finding trains from Perm or Yekaterinburg to Kazan. But our guidebooks assured us that there were trains, and so I was sure there was something wrong with how we were looking for Kazan.

In the morning, we went back to the train station and asked the ticket agent for help. A couple of clicks later, she told us there was as fast train that went direct from Irkutsk to Kazan. We jumped on that option, and soon had our tickets in hand.

Only when I looked at the ticket after the purchase was complete, I couldn’t find the destination “Kazan” anywhere on it. I went back to the booth.

In very broken Russian (and relying considerably on hand gestures), I tried to convey the question: “This is going to Kazan, right? I don’t see where it says Kazan.”

“Yes,” she replied. “It’s going to Kazan.” She pointed to a station name that didn’t have a single “K” in it.

I went back to my seat, where Steve and I continued pouring over our newly purchased tickets, trying to make absolutely sure we knew when we would be leaving and arriving. (Across Russia, all trains are scheduled on Moscow time, regardless of local time. There is a 5 hour time difference between Irkutsk and Moscow. This means our tickets say we are leaving on Sept 20 at 8:02 PM, when in fact we’re leaving on Sept 21 at 1:02 AM local time. Big difference.)

As we continued reviewing our itinerary, we realized the train was a full day quicker than anticipated. This was so much faster than we anticipated that again doubt entered my mind.

I pulled out my guidebook and found the map with Kazan on it. Our helpful ticket agent was now occupied and had a line, so I went to another station agent and showed her the map and the ticket.

“Kazan?” I asked hopefully. “This Kazan?” Pointing at the map.

So we are going to Kazan. It’s very exciting!